Communication theory of gene expressions in political science with clinical manifestations and the Israeli bio-NET.

Nature has a huge investment in the species known as human.    As such,  Nature protects its biological systems and the associated symbolic  processing  systems  of  those few humans  that respect NATURE and its social engineering projects and brain engineering projects.    The majority of humans do NOT care  about such philosophical matters.Let's look at modern gene political science messages.First, let's look at the 2 formats of gene expressions1) traditional biology and genetics of physical biochemistry molecular structures of the INTERNAL  government in the human body. The INTERNAL government has thoughts and messages that it wishes to communicate to the EXTERNAL world ....comprised of human daily life, work , grocery shopping, going to a movie, etc.2) The humans agents for the INTERNAL government  that are used to express GENE messages have external proper noun names that appear in the EXTERNAL world ...and are displayed on television or printed in newspapers.   These are EXTERNAL formats of GENE expression.Let's look at the process ...with some data examples  and some traditional CLUES  from the
excellent HEMATOLOGY textbook by McKenzie. 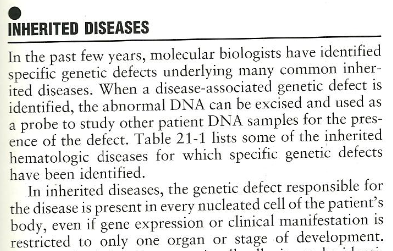 NOTE: The 42nd President is a signal to astrophysics President "The Hawk" born in year 1942

Thus we see the INTELLECTUAL WAR of the modern Science Wars.

From the Earth LAB view of Sartre multi-faceted existentialism ....with 11-dimensions of string theory physics ......and the living EARTH cell model with subset humans and subset objects (automobiles and buildings)    and the Theory of Everything (physics) we  have
gene rearrangement signals  ...................such as
gene  rear ---> tragic events of the gene social engineering  war of LIES and BULL-stories.

gene rear --> automobile driver brain genes ordered to rear-end the Ford Pinto...the deliberate causing of the accident.      mRNA was represented by humanoid law  messenger  R.Nader ...who omitted many facts of REALITY  from the trial....regarding CAUSE---> EFFECT of the gene wars upon driving behavior.

gene rear --> the 3rd floor rear porch collapse in Chicago during a party. Several people got killed
....including a law student.  Message form the living EARTH cell  to the law schools, journalism schools, and business schools  in Chicago to clean up their   act ...regarding some  intellect  ERRORS that need fixing.

.
Above we have words ..benign lymphoproliferations. In communication theory of the INTERNAL biology government we have  ISRAEL   and their internal thoughts  and agents with identifiers::

The are 2 version of IS = Information Systems
IS + reality EXTERNAL  --> IS  real
IS rael       INTERNAL --> IS rael  and their neighbors ought  upgrade to modern Margaret Mead atomic and molecular political reality.  Nature decides the evolutionary directions of modern  philosophy....and the various groups around the world ought establish communications with the  modern Margaret Mead brain project.   Many groups have Carl Jung collective unconsciousness problems ...thus a lack of awareness of Nature's social engineering projects..